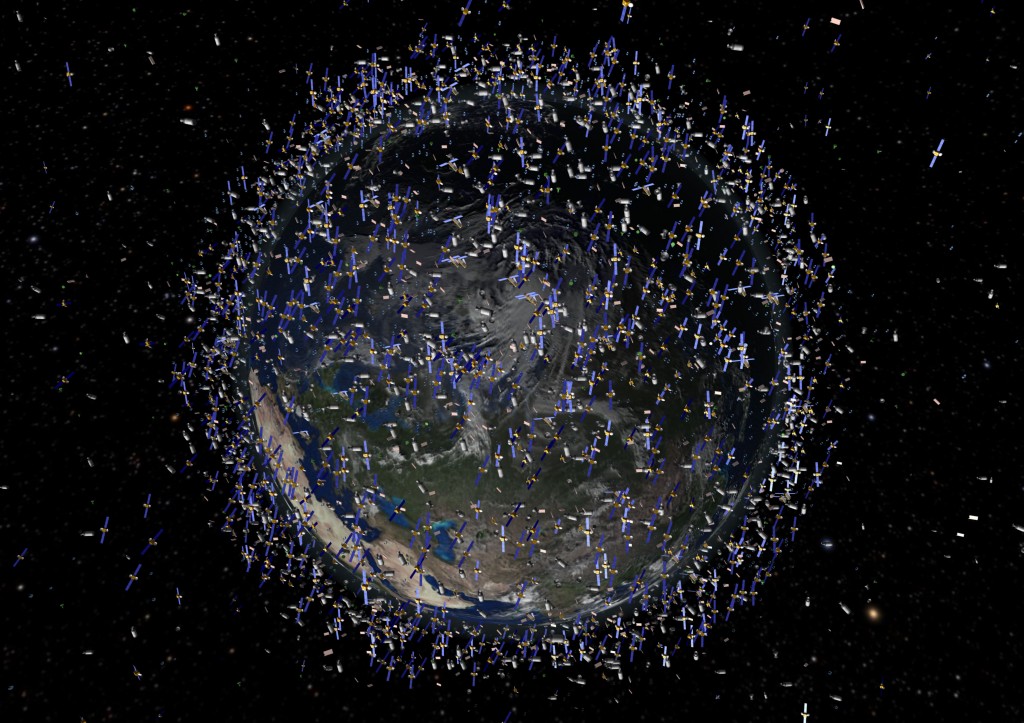 Junk on earth is a problem. You know where it’s an even bigger problem? Space. Yes – that space. The space outside of our atmosphere. The huge and ever-growing cloud of debris around Earth poses a real threat to satellites and our way of life, researchers stressed this year at the 6th European Conference on Space Debris in Darmstadt, Germany.

“There is a wide and strong expert consensus on the pressing need to act now to begin debris removal activities,” Heiner Klinkrad, head of the European Space Agency’s Space Debris Office, said in a statement today (April 25). “Our understanding of the growing space debris problem can be compared with our understanding of the need to address Earth’s changing climate some 20 years ago.”

That’s alarming. The Washington Post also published a piece back in October (one of many) that underscored the fact that this has been a problem we’ve been ignoring for far too long. Is anyone doing anything about this stuff?

Well they are. Just came across this great piece in the Orange Country Register. A California company has won a $31, 000, 000.00 contract to tackle the tonnes of space debris that make space missions trickier every single year.

NovaWurks will develop the first stage of DARPA’s ambitious Phoenix program, where little satellites, called “satlets,” will be combined with still-functional components from decommissioned satellites. DARPA thinks Phoenix could save millions in costly rocket launches and new components by salvaging parts already in space and plugging them into advanced computers, making whole new satellites, according to the project’s proposal that’s listed online.

Satellites don’t work forever. Today it’s common to decommission satellites in what’s called a graveyard orbit, more than 22,000 miles above Earth and out of the way of the satellites that provide GPS coordinates and satellite TV. Considering we’ve been in space since the 60’s, that’s a lot of junk up there. What do you think?

It’s Not Just Junk On Earth That’s Creating Problems…. has no comments yet