The Reality About Composting 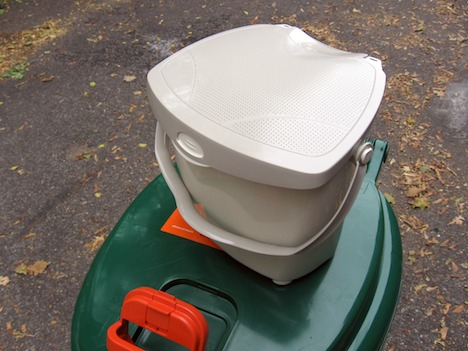 By now, Ottawa’s residents are intimately acquainted with the city’s composting program. To say that it had a rocky rollout or that it continues to be a controversial program is an understatement. The program was instituted back in 2010 when the reality set in that the city was going to have to start looking for another landfill site. Council weighed the cost of finding and operating said landfill with the cost of instituting a municipal green bin program, and the pros outweighed the cons on paper. Keep in mind – green bin programs have been running successfully in cities like San Francisco, Seattle, and its essentially the norm in Europe. Composting food and organic waste is an efficient method to reduce landfill expansion. It’s also an essential in managing our waste, something that no one really likes to think about, but that requires our attention for a variety of reasons. Here’s a few courtesy of the University of Manitoba:

Diverting organic waste from landfill sites helps to conserve landfill space and to reduce the production of leachate and methane gas. Waste diversion at the household level is imperative, as households produce approximately 37% of Canada’s MSW (Statistics Canada, 2008) but diversion of organics by business and industry is almost as important, as they produce 63% of the waste. Despite Canada adopting a waste management hierarchy for developing solid waste management strategies, landfills still remain the most dominant waste management method in the country, unlike in many countries in the European Union (EU) (Sawell et al, 1996).

Here’s another fact to think about. This one is courtesy of Statistics Canada:

Canadians are one of the highest per capita producers of solid waste, with the average Canadian citizen generating 2.94 kg each day (Statistics Canada, 2008).

One more. This one is courtesy of the Environmental Protection Agency in the United States:

Landfills do not have an indefinite life. They have a limited period of time where they can be used. Composting (and recycling for that matter) offer a double barrelled benefit of not only managing our waste in a smart way, but in reducing the environmental impact of our waste, and curbing the release of greenhouse gases.

It is possible to become a zero waste city. Sweden – as a nation – has run out of garbage. They’re importing garbage from neighbouring countries to fill the gap. They’re producing electricity with the waste they do collect, and they’ve become an example of a smart approach to dealing with a problem that creates a long term issue.

Is this so bad? The problem with Ottawa’s program is that residents have been slow to adopt, and the perception of the program has suffered courtesy of some boondoggles by the city in selling it Ottawans.. This has been recently reported to be changing, though. The reality is that composting is a wise move municipally. We haven’t been dealing with our waste intelligently, and it’s about time that we started. What do you think?

The Reality About Composting has no comments yet